For those who asked for more research on the connections of the diaphragm to shoulder conditions/complaints from our patients, this is a great read that documents the connection.

Here’s another good read from earlier: Role Of The Diaphragm In Stability & Movement Of The Shoulder

This is just one sample example from the paper.
Enjoy the read!

It is important to remember that the embryology of the diaphragm explains these connections further, but is not well understood.3,31 The phrenic nerve innervates the diaphragm, and runs from the roots of C3 to C5;32 the phrenic neurons are housed in lamina IX of the ventral horn in the cervical spinal cord, and receive information via presynaptic contacts in the medulla.33 According to some authors, the pathway of the phrenic nerve involves the entire brachial plexus and the entire cervical plexus (C1–T1).34

The phrenic motor units not only control breathing but also have other functions that are not specifically breathing actions, such as deglutition, vocalization, and the expulsion of waste-containing substances for the expectoration of the airways.35 This set of medullary interneurons, which sends impulses to the phrenic motor neurons, is known as the pre-Botzinger complex or the parafacial retrotrapezoid nucleus, although the exact system is still disputed.33 Studies in animal models speculate that these medullary areas can send autonomous electrical impulses for respiration, independent of the central nervous system.33Recent research suggests that the retroambiguus nucleus controls these medullary areas from the occipital area.33 Further, it is possible to influence the diaphragm and cardiac frequency from the occipital bone.36,37 Once in the diaphragm, the phrenic nerve splits into numerous branches.38 The intercostal nerves have been shown not to send motor information to the diaphragm.38 Filaments of the costal nerves are distinguishable amid the arterial vessels that enter the diaphragm, where they may play a vascular proprioceptive role, and in proximity of the connective tissue of the diaphragm muscle, always with a proprioceptive role.38 It has been shown recently that the various branches of the phrenic nerve are directly related to the vascular tree that permeates the muscle, so that the nerve itself controls the blood supply of the area concerned during the electrical motor impulse, managing the vasodilation.39 It is important to remember that the phrenic nerve receives afferents from the pericardium, liver, vena cava, and peritoneum, since it contains both sensory and motor fibers.9,27,40 Recent studies suggest that the crural region of the diaphragm receives sensitive motor efferents from the vagus,41,42 which explains why the few neuromuscular spindles in the muscle are found mainly in the crura.27 During inhalation, if there is an alimentary bolus, the crural region stops working in order to send the bolus into the stomach.27 This probably involves distal inhibition of the phrenic nerve, deriving from crural vagal information.27

The brachial and cervical plexuses are located in the region of the phrenic nerve.9 To give some examples, the roots that may be affected by phrenic disorders are C4–C5 (ie, the dorsal nerve of the scapula), and C5–C6, specifically, the axillary nerve, suprascapular nerve, musculocutaneous nerve, and subclavian nerve.9The electrical activity of the nervous system is not restricted to the mere distribution of efferent impulses in one direction; in fact, nerves not only convey electrical impulses but also release chemobiologic, neurotrophic and, at times, immune substances.43–45 This process, which is not simply an electrical activity, can take place both in afferent and efferent mode, regardless of the function of the nerve.46 For instance, depending on the nature of the muscular contraction, contractile tissue synthesizes neurotrophic molecules (such as NT3, NT4, and BDNF), which can move along the axis cylinder in a retrograde manner, until reaching the motor neuron, in order to modify its form and, as a result, its function.47,48Therefore, a disorder of the phrenic nerve, even when peripheral, such as a diaphragmatic disorder, transmits chemobiologic and metabolic information to the medullary neurons and interneurons adjacent to the set of phrenic motor neurons, affecting other sensitive motor neurons or neurons at the same level, whether ipsilaterally or contralaterally.4

It is easier to transmit an electrical impulse to a precise point rather than send a metabolic message to a single neuron. For this reason, it is possible to verify a symptomatology that is different from a mere breathing disorder, such as brachialgia, ie, pain in the shoulder.49,50 Along its pathway, the phrenic nerve anastomoses to the subclavian nerve, which innervates the subclavian muscle, specifically, the first rib and the clavicle (C5–C6).34 Therefore, if there is a phrenic disorder, it is possible to contract the subclavius muscle, raising the first rib and reproducing a thoracic outlet syndrome, with the relevant symptomatology;51,52 for instance, pressure on C8–T1 can cause problems in the little finger.53 The scalene muscles, which are innervated by the cervical and brachial plexuses, are equally important.9 It is worth emphasizing that a brachial disorder can provoke phrenic and diaphragmatic disorders.54 The same occurs for any other anatomic connection. Moreover, the phrenic nerve meets the stellate ganglion (and indirectly the cardiac ganglion), which is located above the first rib and generated from the unification of the median ganglion and the inferior cervical ganglion,9,55–57 meaning that a disorder of the former or latter will produce symptoms throughout the cervical tract. There is a close link between the diaphragm and the thoracic outlet.

Enroll in the Shoulder Course Now! 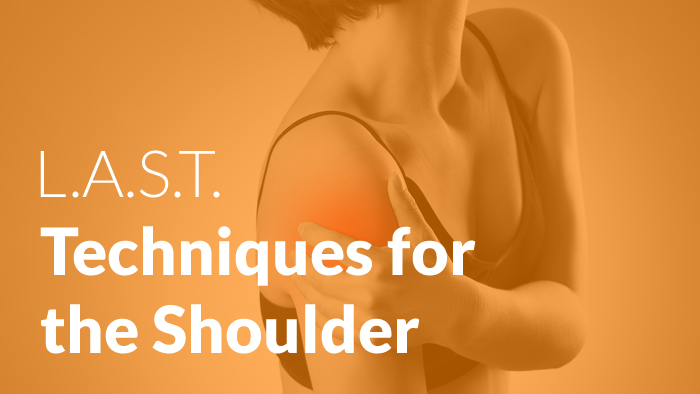 Online Techniques for the Shoulder