The Printed and version with out references can be read here:

The following is the full unedited article with references for those interested.

Today’s Massage Therapy profession is committed to utilizing techniques informed from research and evidence. An ‘Evidence-informed practice’ is one in which clinicians are aware of emerging evidence, and rationally integrate new information into their clinical reasoning, keeping the best interests and goals of their patients in mind at all times. Practicing in this manner has the potential to transform your practice and improve the quality of life of your patients, as I know it has for mine. In this first of two articles, I will explore the research supporting the theory for Ligamentous Articular Strain Technique (L.A.S.T.) In the second article of this series, I’ll provide case studies documenting the use of L.A.S.T. in treatment.

What we know now…

In 2009, Jaap van der Wal published a paper in which he stated that ligaments are mostly arranged in series with the muscles, not parallel. There is a joint stability system, in which muscular tissue and regular dense collagenous connective tissue (RDCT) interweave and function mainly in an “in series” situation rather than an “in parallel” situation.14 Thus, in vivo, the periarticular connective tissue is loaded and stretched both by the movement of related skeletal parts and by the tension of the muscle tissue inserting to this connective tissue. Ligaments are considered RDCT’s. 16

When you contract a muscle, the ligaments are automatically engaged. Like the reins on a horse, ligaments constantly assist in the stabilization of a joint, no matter what its position, during both concentric and eccentric muscular contractions. 9

Afferent mechanoreceptors in ligaments provide significant input to sensation and contribute to the synergistic activation of muscles. They are responsible for kinesthetic and proprioceptive sensation. These mechanoreceptors are everywhere throughout our connective tissues. They are in especially high concentrations at the tenoperiosteal and ligamentoperiosteal enthuses 12

Ligaments are highly dynamic and non-stationary organs. Mechanoreceptors in ligaments trigger a ligamentomuscular reflex activation of associated muscles. This reflex has been shown to exist in most joints of the extremities and in the spine. Muscular activity elicited by this reflex allows muscles and ligaments to work together as a unit, inhibiting muscles that destabilize the joint and increasing antagonist co-activation to maintain joint stability 12

This ligamentous system is part of the Fascial connective tissue referred to as the Multimicrovacular Collagenic Dynamic Absorbing System. In the DVD “Strolling Under the Skin” Guimberteau, J. C. states that “the role of this rubbery elastic shock absorbing system, found everywhere in our organism, is to prevent a level of resistance that would permit the collagen to shear, leading to injury.” 3

In the book “Movement, Stability & Lumbopelvic Pain”, Andry Vleeming uses the term “Ligamentous Stocking” to describe the connectedness of fibrous soft-tissue structures of the lumbar vertebrae to the sacrum. I see this “Ligamentous Stocking” as being organism wide, connecting not just the vertebral column to the sacrum, but also connecting the various appendicular interdigitations of membranous, capsular, ligamentous and periosteal fibrous tissues to the axial fibrous tissues.

“Function is dependent upon its environment.”
Thomas Schooley, DO, 1953 Journal of the Osteopathic Cranial Association 10

Why Focus on Mechanoreceptor Specific Techniques?

Manual techniques that target mechanoreceptors have been proven to affect autonomic functions such as lowering sympathetic nervous system activity, increase local proprioceptive attention, cause a decrease in active muscle tone and affect both the local blood supply and the local tissue viscosity. 4, 5, 11, 20, 21, 22

In a study presented at the Third International Fascia Research Congress, Viklund et al. concluded that specific myofascial receptor techniques might not only improve ROM but also have a longer lasting effect than classical (Swedish) massage techniques. They suggested that “therapists might be encouraged to aim their soft tissue techniques to a lesser area where there is known to be high density of mechanoreceptors”. 15

Langevin et al. proposed that therapies which briefly stretch tissues beyond the habitual range of motion (massage) locally inhibit new collagen formation for several days, and thus, prevent and/or ameliorate soft tissue adhesions.4,5,6,7,8 Manual Therapy has been shown to affect the fibrosis and densification of fascia by changing its tensile status and sliding components. 19

Research confirms the common clinical finding that treatment approaches that incorporate mechanoreceptor specific techniques have both local and systemic effects on our physiological environment. This has the potential to positively affect the functionality of the patient, leading to an improved quality of life.

A Brief History of L.A.S.T.

At the beginning of my career, I began searching for a more precise and specific technique that targeted the joint tissues. My journey lead me to Andrew Taylor Still DO. Ligamentous Articular Strain Techniques originated in the late 1800s, when A.T. Still was innovating manual therapy. The majority of the techniques initially developed were called traction methods, known as “Indirect Techniques.” Several of these were Ligamentous Articular Strain Techniques and various myofascial techniques. In the early 1900’s, many of the techniques were modified by therapists that wanted to focus on a quicker, more direct method of treating. These “Direct Techniques,” became known primarily as high velocity low-amplitude techniques. 10,13

It has been a passion of mine to research and advance the technique and bring it into today’s evidence-informed practice standards for the Massage Therapy profession. New research is continually being published from the fascial community and leading researchers who focus on the ligamentous articular tissues. This research directly affects our understanding of all tissues not just the ligamentous articular tissues.

In the next article in this series, I will present case studies, which incorporate L.A.S.T. and evidence-informed research into practice.

Robert practices full time and instructs L.A.S.T. courses nationally across Canada. Both Live and Online courses are accredited for CECs by all Canadian Provincial Massage Therapy Regulatory Bodies and also the NCBTMB in the USA. For more information on L.A.S.T., to enroll in one of the online courses or to have a course instructed in your area, please go to lastsite.ca. 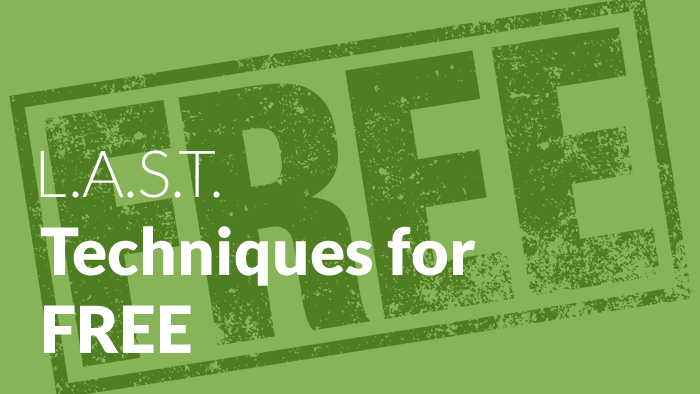