The brain: A new frontier in ankle instability research

Although several possible mechanisms for FAI have been proposed, its etiology remains ambiguous. These theories are often complicated by their approach to mechanical laxity in the joint. Original reports of FAI described patients with normal amounts of joint laxity, suggesting the ligaments surrounding the joint may have healed. However, these patients demonstrated deficits in balance, leading the investigators to conclude that “peripheral deafferentation” contributes to this pathology.5 This implies that, while normal stiffness may be restored to the ligament as it heals, the mechanoreceptors within the torn ligament remain impaired or are replaced with receptors of a different type (i.e., free nerve endings). It was hypothesized that loss of this afferent (sensory) feedback would affect the joint’s proprioception—its sense of position, movement, and force—which would delay the sensation of ankle rolling and subsequent reflexive responses.6

Since these initial paradigms were proposed, extensive research has investigated proprioceptive deficits among populations of patients with unstable ankles, finding an inconsistent relationship between proprioception and joint instability.5 Similarly, further measurements of mechanical laxity in this population, originally taken using stress radiography, and more recently through the advent of ankle arthrometry, suggest mechanical laxity does exist in functionally unstable ankles, contributing to the confusion about the etiology of this pathology.7 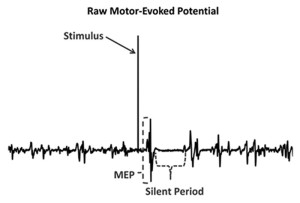 One important limitation to understanding the cause of this condition is the operational definition of proprioception used in research. Proprioception describes the afferent information that determines joint position sense, kinesthesia, and force sense arising from capsuloligamentous and musculotendinous mechanoreceptors. However, proprioception is often quantified by testing an individual’s ability to recognize a joint angle, identify when the joint is moving, replicate a given amount of force, or maintain balance.8These indirect measures, much like an episode of giving way at the joint, require sensation at the joint, the modulation of a reflex at the spinal cord, integration in the somatosensory cortex, and a motor response initiated in the cortex and superimposed on spinal reflexes. These tests therefore do not account for each level of the nervous system, but rather an isolated motor response incorporating spinal and supraspinal influences.

A parallel to the knee

Research on FAI is often compared with concurrent research examining instability at the knee joint. Within a population of patients who have experienced a tear of the anterior cruciate ligament (ACL), divergent outcomes may be observed. Many patients develop instability characterized by sensations of giving way at the knee and will require reconstructive surgery, while others demonstrate no functional deficits and therefore will not require surgery (copers). This phenomenon has fueled a large amount of research attempting to explain how patients with similar injuries to static structures display different levels of functional ability.9

As discrepancies in proprioceptive abilities were observed in knee patients that were similar to those seen in patients with FAI, research progressed to explore changes that occur in the cortex following injury. Neurophysiologic studies have established the brain’s ability to change and rewire (i.e., neuroplasticity), whether as the result of repetition of specific tasks or secondary to a physiologic change. Given that interventions as simple as immobilization have been demonstrated to cause neuroplasticity,10 it seems logical that an injury such as a ligament rupture might also produce cortical changes.

In one of the initial studies to investigate neuroplasticity in patients with ligamentous injury, Kapreli et al11 recorded cortical activity using functional magnetic resonance imaging (fMRI) in ACL-deficient patients and healthy controls as they completed the simple motions of knee flexion and extension. The authors discovered that ACL deficiency was associated with altered cortical activity (increases in presupplementary motor area, posterior somatosensory cortex, and posterior inferior temporal gyrus activity) that collectively indicated increased dependence on joint sensation and planning. Although it utilized a simple motion that may not represent a mechanism of injury, this study demonstrated a clear cortical change in patients with a history of ligamentous injury.

Functional MRI provides the spatial resolution needed to witness the location of discrete changes in the cortex, but it is limited in its temporal resolution and is not well suited for studying replicated functional tasks. An alternate method of recording cortical activity, electroencephalography (EEG), demonstrated a decreased cortical response to electrical stimulation of the knee in patients with ACL deficiency,12 as well as changes in these patients’ working memory during proprioceptive tasks, compared with controls.13 These data collectively suggest that, following ligamentous injury, sensory pathways and motor planning may be affected, though researchers continue to advance understanding of where and how these changes occur.

Transitioning to the ankle joint 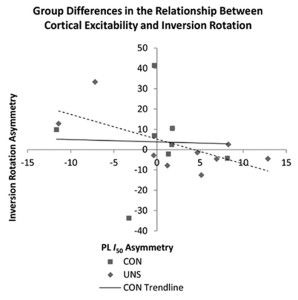 The question of whether this model of neuroplasticity is evident following ankle injury remains. Some key differences exist between the ankle and knee models. For instance, ACL ruptures represent an absolute tear of a primary stabilizing ligament, whereas a lateral ankle sprain can imply varying degrees of damage to any of three restraining ligaments, the joint capsule, or all of these. Additionally, an ACL rupture will consistently result in a degree of mechanical laxity, while excessive laxity may or may not be present following a lateral ankle sprain, as the ankle ligaments have a better capacity for healing than the ACL. These differences may limit the extrapolation of knee injury findings to the ankle, but investigating the same types of changes across this variable pathology may offer a different model for understanding not only joint injury, but the links between joint stability and the nervous system, as well.

Interest into central nervous system alterations in patients with FAI originated largely with studies of biomechanics and muscle activation during normal tasks. Researchers observed impairments not in the feedback response to joint perturbation, but rather in the feed-forward, or planning, processes.14 Not only was this impairment observed in the milliseconds before a jump landing or foot contact, but changes have been reported even in the way a step is initiated among patients with FAI.15 These data marked a stark contrast to initial theories of peripheral deafferentation, which was originally thought to affect only the ability to respond to a perturbation, not the ability to plan movement.

A measurement tool that has been used to investigate cortical changes among functionally unstable ankles is transcranial magnetic stimulation (TMS). This tool uses brief magnetic pulses over the primary motor cortex to cause a contraction (motor evoked potential, or MEP) in the lower extremity muscles (Figure 1). The size of these MEPs then provides a measure of cortical excitability, or the strength of the connections between the primary motor cortex and the muscles that stabilize the joint. Cortical excitability that is too low may decrease the ability to activate muscle, while increased cortical excitability could contribute to erratic movements or coordination errors.

The term cortical excitability is somewhat of a misnomer; although it does involve the cortex, it may also be affected by changes in the corticospinal tract of the spinal cord and by changes to the fusimotor system (the system by which the central nervous system controls muscle spindle sensitivity). Needle et al18 reported an additional measure: the cortical silent period, a cessation of muscle activity that occurs after a magnetic pulse that quantifies the amount of intracortical inhibition. Although corticospinal excitability explains the relationship between the brain and the muscle, inhibition quantifies the amount of activity between the motor cortex and basal ganglia. Without sufficient inhibitory activity (disinhibition), reflexes may become over-pronounced and a patient may report rigidity or spasticity. While inhibition in patients with FAI was not significantly different from inhibition in healthy controls, there was a relationship between the amount of inhibition in the brain and the amount of laxity in the joint seen in the controls that was not present in the FAI group.

What is actually happening? 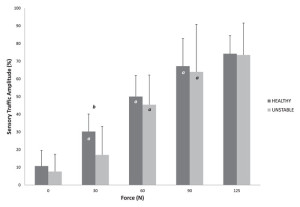 As this body of evidence continues to grow, one may begin to hypothesize that the pathology of FAI is itself variable.19 This variability is reflected in the equivocal collection of studies describing changes to ankle laxity, proprioception, and, most recently, cortical changes. As evidence emerges of direct neurological measures, deficits have been observed in the afferent response to joint loading, specifically that patients with ankle instability demonstrate less sensory traffic amplitude than patients with healthy ankles during the low-level initial application of anterior-posterior force (Figure 3).20 Deficits have also been observed in the the excitability of the reflexes to the lower leg,21 and motor excitability from the brain to the muscle.17,18

Recently Wikstrom and Brown22 proposed a hypothetical cascade of events that would affect an individual’s ability to “cope” following an ankle sprain and provide a rationale for the varying contributors to instability. For an individual starting from a point of normal function, a lateral ankle sprain will trigger a consistent pattern of changes to the joint from the inflammatory process. Swelling will increase pressure on the joint’s mechanoreceptors, and pain will contribute to inhibition of the reflexes to the joint (arthrogenic inhibition). Together, this means patients will have difficulty sensing the joint and subsequently stabilizing it while excessive mechanical laxity will increase this loss of stability.19

Inflammatory changes may be similar across all patients; however, as symptoms remain and the patient adapts after his or her injury, a secondary cascade of neurological changes may occur that may include cortical remapping. In some patients, these adaptations may be beneficial and serve to protect the joint from further injury. Other patients may maladapt, as sensorimotor reorganization changes the nervous system’s perception of the joint. Variable amounts of laxity, proprioception, and cortical excitability exist throughout populations of healthy, previously injured, and functionally unstable joints. Where these populations diverge may be related to how each is scaled relative to the others. For instance, a joint with greater amounts of laxity may have higher proprioception and excitability to aid in stabilizing the joint, but following injury, these factors may become decoupled, leading to errors in movement and coordination.19

The study of cortical changes in patients with joint instability remains a new frontier in research, and many questions remain. These involve the time course of changes to the nervous system, the use of more precise tools to identify locations in the nervous system that have been affected, and, most important, what clinical interventions may serve to address the impairments. A key disadvantage of tools that are currently available to investigate the nervous system is that they are often expensive and their use requires a high degree of expertise. Therefore, their use may not be warranted in a clinical setting such as an athletic training room or physical therapy clinic. Therefore, what further research must establish are clinical measures, such as changes in biomechanics, balance, or other functional tests, that may correlate well with more sophisticated laboratory measures of cortical activation and excitability. Preliminary research has begun to identify such clinical measures corresponding to corticospinal excitability in lower extremity regions other than the ankle in patients with FAI.21

Until a way to integrate these measures into the clinical setting is identified, clinicians must use the existing cortical data to better understand treatment options for ankle joint injury and joint instability. Patients must be treated on an individual basis, and clinicians should target both mechanical and proprioceptive deficits as they are indicated for a particular patient. Additionally, the time frame of injury should be considered. If FAI develops in the subacute phase following an acute ankle sprain, then clinicians should be mindful and exercise caution when transitioning patients to functional activities during rehabilitation to maximize the probability that a positive adaptation in the cortex will occur and lead to better outcomes.

Alan R. Needle, PhD, is an assistant professor in the Department of Health, Leisure, and Exercise Science at Appalachian State University in Boone, NC. 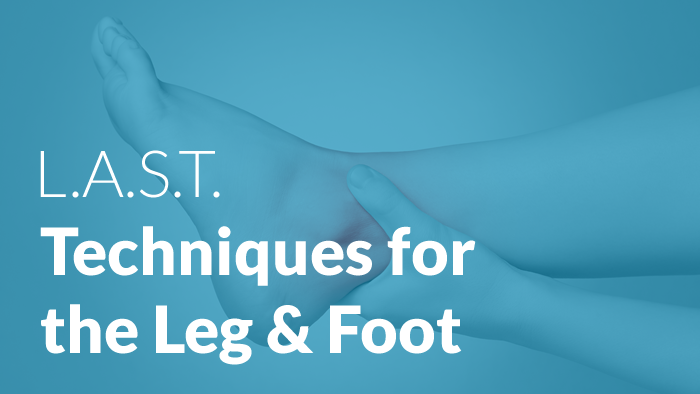 Online Techniques for the Leg & Foot