The scope of practice for the treatment of the ligamentous, capsular and fascial tissues by Manual Therapists (Massage Therapy) limits the therapist to utilizing their hands along with active patient participation. There is a wide range of research documenting the types of mechanoreceptors and their locations within the ligamentous/capsular tissues. A lesser-understood ligamento-muscular reflex has also been documented with limited research. The specific mechanoreceptors and ligamento-muscular reflex are responsive to manual stimulation techniques within the scope of practice for manual therapy. Utilizing specific manual techniques can have positive effects in attenuating the development of scar tissue, adhesions, inflammatory processes and proprioceptive and kinesthetic neurological deficits. Combining these specific manual techniques with therapies such as Prolotherapy minimizes the long-term effects from ligamentous articular injuries and accelerates the recovery period for patients.

There is a wealth of information concerning the treatment of ligamentous, capsular and fascial tissues within the scope of practice of Medicine, Physiotherapy and Naturopathic Medicine. In the Massage Therapy (Manual Therapy) profession where our scope of practice only allows us to treat utilize our hands along with active patient participation; there is very little information or research.

In this article, I discuss a technique developed in the early 1900’s to which I have applied today’s current research. When combined with therapies such as Prolotherapy, this technique has the potential to accelerate the recovery period for patients suffering from ligamentous articular injuries.

The ligamentous system is part of the fascial tissue referred to as the Multimicrovacular Collagenic Dynamic Absorbing System. The role of this rubbery elastic shock absorbing system, found everywhere in our body, is to avoid reaching a threshold of resistance at which the collagen might shear resulting in injury.2

Ruptured or injured ligaments are a source of mechanical problems. These injuries cause deficiencies in fine and gross motor controls, lost, altered or impaired sensation, various types of pain/discomfort, joint laxity and can lead to articular surface injury. This dysfunctional state eventually leads to an increased risk of additional injury to surrounding capsules, tendons, neurovasculature and other nearby tissue, can cause a change in sensation thresholds, impaired sensation and impaired reflex muscular activation.3

Ligaments have significant input to sensation and contribute to the synergistic activation of muscles. Afferent mechanoreceptors are found everywhere throughout our connective tissues. They are responsible for kinesthetic and proprioceptive sensation.3

The four types of these sensory nerve endings or mechanoreceptors that manual therapists have influence on are:

In a study presented at the Third International Fascia Research Congress, Viklund et al. concluded that specific myofascial receptor techniques might have a longer lasting effect than classical (Swedish) massage techniques. They suggested that “therapists might be encouraged to aim their soft tissue techniques to a lesser area where there is known to be high density of mechanoreceptors”.12

Manual techniques that target these mechanoreceptors have been proven to affect both the local blood supply and the local tissue viscosity.11 Research is now confirming the common clinical finding that slow, deep tissue techniques have both local and systemic effects.

Ligaments are not passive tissue. Ligaments are highly dynamic and non-stationary predictable organs. Afferent mechanoreceptors in ligaments trigger a ligamento-muscular reflex activation of associated muscles. It has been suggested that a reflex might exist between these sensory receptors in the ligaments and surrounding associated muscles. This Ligamento-muscular reflex may directly or indirectly alter the load inflicted on to a ligament.3

The Ligamento-muscular reflex has been shown to exist in most joints of the extremity and in the spine. Muscular activity elicited by this reflex allows muscles and ligaments to work together as a unit in maintaining joint stability. This reflex may play a role in the preservation of joint stability, inhibiting muscles that destabilize the joint or increasing antagonist co-activation to stabilize the joint.3

For many years we learned in our anatomy classes that ligaments and muscles were separate entities. Even many of our most popular anatomy texts still portray ligaments and muscles as separate tissues running from one bone to another, not connected to any surrounding tissues. In reality though, these and the surrounding tissues are inseparable. In 2009, van der Wal published a paper in which he determined that ligaments are mostly arranged in series with the muscles, not parallel.13 When you contract a muscle, the ligaments are automatically engaged, assisting in the stabilization of a joint, no matter what its position, during both concentric and eccentric contractions.14

A state of hypertonicity is created in muscles when a ligament has been injured, or replaced. For example, ACL ruptures and replacements can cause one or all of the quadriceps, hamstring and gastrocnemius muscles to become hypertonic as a result of a lack of the ligamento-muscular reflex. This hypertonic state is also due to the removal of the mechanoreceptors of the original ACL. A large percentage of the receptors are located near the ends of the ligaments as they attach into the sub-chondral layer. This remnant is often removed in order to attach the substituted tissue. Although the stability of the joint has been re-established, patients regularly complain of not only having an increase in tonicity of the muscle groups, but also a deficiency in both proprioception and kinaesthetic awareness. The manual therapist is then charged with the task of attempting various treatment techniques to reduce this hypertonicity. Their efforts are rarely successful and both the patient and therapist become frustrated and discouraged. Thus begins the circle of referral from one therapist to another.5, 15, 16, 17, 18

L.A.S.T. is a principle-based technique. The basic principles consist of disengaging the dysfunctional tissues from their protective position. The practitioner follows the affected tissues into a position of exaggeration of the injury. This exaggeration leads to a state where all movement within the affected tissues halts. A release of tension within the tissue is felt, allowing the ligaments to draw the articulations back into a more normal balanced relationship.19

After an assessment of the affected articular structures, the practitioner palpates for areas of dysfunction or an increased densification within the injured tissues. Slowly disengaging the tissues, (direct or indirect techniques) the therapist exaggerates the permitted motions of the tissues to their end barrier. The reciprocal tension is a tension that is developed between the practitioner loading into the tissue and the tissue reciprocally loading back into the practitioner. The therapist now waits at this point of tissue exaggeration until he or she feels the ligaments draw the articulations back into a normal balanced position. A re-assessment of the permitted motion in the tissues should confirm more suppleness and mobility along with an improvement in kinaesthetic and proprioceptive awareness. (See Figures 1-4.)

Solomonow states that the acute inflammation in ligaments sets in within several hours may last several weeks and up to 12 months! Only up to 70% recovery has been documented. Chronic inflammation can build up over several weeks, months or years depending on dose-duration levels. Rest and recovery of as long as two years only allows partial recovery, full recovery has never been reported.3

Bouffard et al. published a study documenting the effects of brief static tissue stretch on TGF-ß1. TGF-ß1 plays a key role in connective tissue regulating the response of fibroblasts to injury, remodelling, scarring, and pathological production of fibrosis.22 Langevin et al. stated that in cases of minor sprains and repetitive motion injuries, scarring is mostly detrimental since it can contribute to maintaining the chronicity of tissue stiffness, abnormal movement patterns, and pain. Reducing scar and adhesion formation using stretch and mobilization is especially important for internal tissue injuries and inflammation involving fascia and organs.21 The results of the Bouffard and Langevin studies showed that brief, moderate amplitude (20–30% strain) stretching of connective tissue decreases both TGF-ß1 and collagen synthesis.

Thomas Schooley, DO stated, “Function is dependent upon its environment.” I believe that by utilizing the principles of L.A.S.T. in various stages of injury, practitioners have the potential to profoundly affect the course of tissue healing. By changing the neuromuscular physiological environment and decreasing the SNS response to injury, a response of decreased TGF-ß1 could lead to decrease in fibrosis and decrease in fascial stiffening of the surrounding and injured tissues. This approach could overall positively affect the functionality of the patient.

In our office, we treat a variety of injuries ranging from acute to chronic. These injuries lead to the symptoms described earlier in this article. Optimally, I prefer to treat in the acute stages of an injury. By attempting to create as optimal an environment for tissue healing as possible, patients have reported being less symptomatic. Combining L.A.S.T with Prolotherapy treatment, administered by our Naturopathic Physician, creates an opportunity to prevent chronic issues from occurring thereby improving the quality of life for the patient. 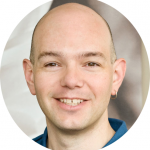